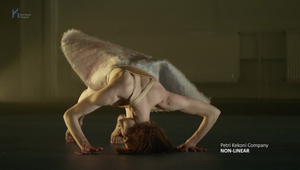 The trailer below is a compilation of two site specific dance pieces: Non-Linear – Dance Mass (2014) and Non-Linear – Jätkäsaari (2015). I was responsible for sound design and composition for both pieces. These works are part of our long-lasting collaboration with Petri Kekoni Company.

The sound compositions consist of five overlapping segments composed for each of the stages and dance acts sharing the same industrial space. Interlacing and transposing of dance and sound/music made the piece as a whole, as visitors were able to roam in the space and choose how they perceived it. The overlapping of the auditory elements in different parts of the space, ways of diffusing sound around the reverberant space with special speaker systems and variations in how the parts overlapped were all considered and utilized as part of the composition process.